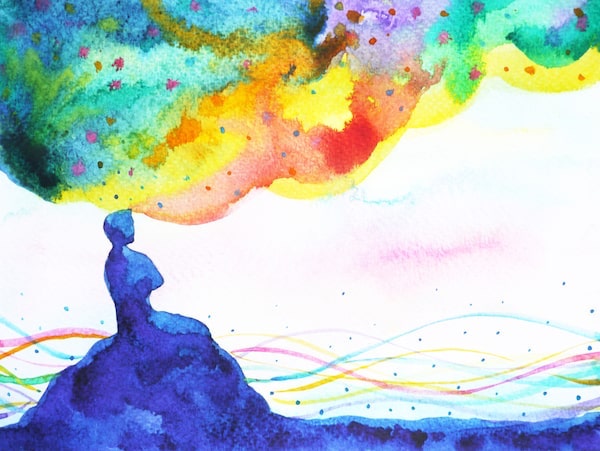 Learning the principles of typology and understanding temperament is fundamental to becoming an effective coach. Although not yet demonstrated by the scientists who study DNA, it is commonly thought in the typology community that we bring our preferences (temperament) into the world when we are born and that these preferences give rise to our type.

Our temperament leads to the formation of our essential values as much as any other factor. And our values, which subconsciously drive our decisions, create our reality, which ultimately forms our destiny. What could be more important to understand about yourself?

I have come to think of it as being similar to a baby being predisposed to being a right-handed person or a left-handed person. There is no right or wrong. It is a preference dialed into us at a basic level.

Temperament governs our perceptions and preferences throughout our lives. This is not something in need of changing in any way. There is no correct or superior temperament. But by raising our awareness of our own temperament, we can better understand our behavior, especially in relationships with others who we befriend, marry, parent, or become a coworker to.

Early Theories of Typology and Temperament

Hippocrates lectured that there were four major groupings people were “subject to in their way of being”: choleric, phlegmatic, melancholic, and sanguine.

In the early 1900s, psychologist Carl Jung contributed the notion of grouping by temperament to the growing field of psychology. Carl Jung and Sigmund Freud were colleagues, but their thinking was different in several basic areas, among them in the nature and role of instincts.

While Freud saw the libido as the driving instinct for humans, Jung believed that one instinct was no more important than another. He saw people as being different in fundamental ways, even though everyone has the same basic instincts. Jung believed that there are differences among people based on each person’s individual preferences—those things that are characteristic of them and upon which each person creates their values and lives.

After Jung first developed his approach, the field of psychology began flowing with theories and rich debate. Temperament was forgotten as psychologists formed two distinct camps based on two distinct theories: the behaviorist theory and the dynamics theory. These two camps gave explanations that were based on unconscious motives, seeded in past experiences, or a mixture of both. For a few decades, the views of Jung and Hippocrates were set aside and forgotten.

In the 1940s and 1950s, Isabel Myers and her mother, Kathryn Briggs, reacquainted themselves and the world with the early works of Carl Jung. Through  research, they developed and tested the Myers-Briggs Type Indicator (MBTI), which they published in 1962. Isabel Myers and Kathryn Briggs identified four distinct preferential differences between people in how they live in the world, take in information, make decisions, and structure the world. These they described as extroversion/introversion (E/I), sensing/intuition (S/N), thinking/feeling (T/F), and judging/perceiving (J/P). The possible combination of choices netted sixteen personality types:  ESTP, ESFP, ENFP, ENTP, ESTJ, ESFJ, ENTJ, ISTJ, ISFJ, INTJ, ISTP, ISFP, INFP, INTP. The MBTI began to be used worldwide. In many settings, the MBTI is considered the gold standard for the field of typology, and the instrument is still used widely by psychologists and other professionals. Additionally, many people have taken the MBTI in college or corporate settings.

The KTS is an adaptation of the MBTI, and the two instruments are similar in both results and statistical significance. But the KTS is quicker to take and can be administered by laypersons. For these reasons, it is used widely in schools, human resource departments, and churches, as well as on dating websites. It is also used by therapists of all disciplines.

I have used the Keirsey Temperament Sorter (KTS) for over thirty years and find it to be much easier and quicker for clients to take than the MBTI. There are fewer questions used to type the person, and it takes most people only about twenty minutes to take the test.

I was  introduced to the temperament sorter developed by David Keirsey and Marilyn Bates during my graduate studies. I was drawn to its simplicity and ease of use, as well as its accuracy. I later studied with Kiersey, and I currently use his sorter in my practice. I also teach it to students in my coaching program.

After studying and working with the instrument in depth for so long, I have developed an ear for it. Without testing a person, I can hear the client’s type expressed in the choice of words they use in their everyday speech and I can observe the traits in their actions.

After Keirsey and Bates created their sorter, other sorters were birthed and hit the market with all types of paradigms from colors to discs to animals, each with its own set of parameters. I have delved into most of them, and in my experience, they pale by comparison to the KTS for the purpose of understanding temperament.

When looking at temperament as it gives expression in type, it is important to understand that type does not change. The essence or center of a person’s type remains the same throughout life. We may soften as we mature and age, and sometimes situations demand that we adapt.

It will probably never feel easy, but with enough motivation, they can develop those skills, just as a right-handed person who has seriously injured their right hand can adapt and learn to use their left hand for things previously done with their right hand.

Differences in temperament are strong contributing factors in the development of highly different personalities in siblings who have had very similar experiences, and these differences may be evident even when the siblings are quite small.

As we gain clarity of understanding about ourselves and what makes us unique, we also start to accept and comprehend others. Naturally, along with understanding those around us, we begin to appreciate how they are different from us. Instead of working to change others we build stronger relationships through acceptance, which leads to a healthier, happier coexistence.

When we understand and appreciate the differences between types, we develop very deep levels of compassion for both ourselves and others. Even a cursory understanding can make a huge difference, but if you are a person who really is intrigued to dig into this area of study, I encourage you to start by reading Please Understand Me by David Keirsey and Marilyn Bates. Keirsey’s Please Understand Me series has sold more than 4 million copies.

To learn more about both human and horse typology, see my book, “Equusology: Deciphering Human and Horse Typology”, which I co-authored with Carolyn Fitzpatrick.